"Decades of extensive breeding by careless apiarists have resulted in a species entirely unsuited to the Archipelago. Rather than allow them to suffer, many kind families adopt them as house pets."

The Domesticated Bee is a Tier 3 species found by cross-breeding.

It is unique in the fact it's cross-breeding criteria relies on placed Walls nearby. 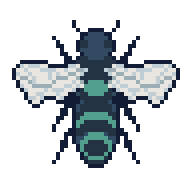 These are the different Traits that the Domesticated Bee can spawn with. 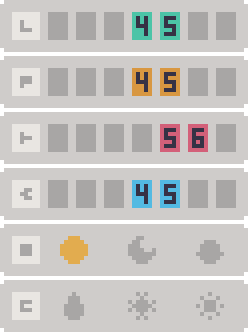 The Apiarist's Almanac gives the following hint:
An interesting Floreo and Somnolentus mix, this species can only be bred successfully within the safe confines of a house..

When asking Dr Beenjamin BhD for a hint he says the following:
Verdant and Drowsy bees can be cross-bred but only when inside a house. Speaking of houses, you can get out of mine now, thanks!

When a Domesticated Bee is used in a Basic Apiary and fills Frames, they can produce

When Cross-Breeding the Domesticated Bee with the following other species there is a chance for the offspring to mutate into a new species!

When a jukebox is playing music nearby (18% chance)

Retrieved from "https://wiki.apico.buzz/w/index.php?title=Domesticated_Bee&oldid=2307"
Cookies help us deliver our services. By using our services, you agree to our use of cookies.